Thank you! Yeah it's an elevator or space tourist ramp. One of these scenes where you could add details into eternity.
Crappy renders
Top

Man I'm so digging your, yonosoy's and Ono's volume/cloud stuff so hard at the moment! Got like zillions of scenes planned that use it. For me these volumetrics inside Indigo are like a 2005 equivalent of reflections; stuff I'm going to wank to real hard for quite some time to come. In the last scene I've used volumes as well, but not that much yet.

It offers quite a lot of different lighting setups too. Staging the clouds is still trial and error and quite some pain in the ass though. Especially when you're looking at them from above and need gaps to see stuff behind them etc.
Crappy renders
Top

kklors wrote:It offers quite a lot of different lighting setups too. Staging the clouds is still trial and error and quite some pain in the ass though. Especially when you're looking at them from above and need gaps to see stuff behind them etc.

Why don't you simply bole a whole in your cloud mesh, the shader should work "around" such wholes nicely, or am I super wrong here

Yeah I know what you mean, but unfortunately it's a bit more complicated than that, because where the boole cut or end of geometry will be, there will be a clean cut into the clouds.
Like here for example where the clouds go lower than the geometry container.

You can't match it really either, because around the edges of the clouds there will be some sort of gradient fade, so even if you exactly knew the cloud shape and would remodel the boole or edge in high poly you'd still won't have the real deal fade : /

This applies to a situation like this as well:

You'd still need to move around the noise until a cloud puff is slightly smaller as the suggested geo. Or otherwise it would look sort of like this with a wrong offset. 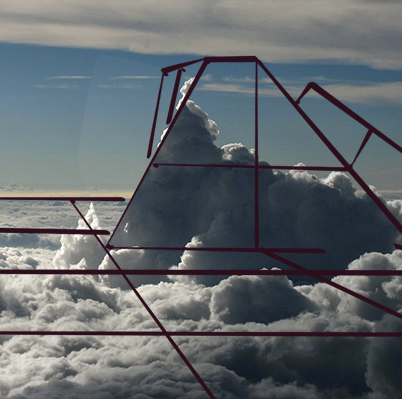 Is there a way to avoid that? I'm obviously way too noob to figure it out so far. Logically the clouds would need to see where the mesh ends and avoid it or fade away near edges or something.
Also haven't tried really hard, but is there a certain value that scales the whole thing globally?
So far it's supposed to work on kilometer sized meshes. Is there a way to scale it down to say a 10x10x10 cm cube? Obviously scale along with position offset would make life easier staging as well.
Crappy renders
Top

ISL would allow to specify points and even shapes of exclusion if one can model them. Also a displacement shader for a terrain could be duplicated into a volumetric shader so the terrain can affect the clouds density. That's something I want to try for a long time !
obsolete asset
Top

That would be awesome! The second solution sounds better because I assume it's less rigid?
If one could specify shapes by name but being able to change them during the working process that would be extremely nice though. Points sounds rigid, as the point count could change any time.
Crappy renders
Top

better off, the two techniques can be combinated. a point can be user-controled if you think of it as a vec3, wich it is.

I would gladly contribute should you let me. I should ask myself more for help in order to progress better !
obsolete asset
Top

A small animation project I made somewhen last year during 5 days. It has it's flaws here and there but that was pretty much the best I got out with the concept back then within the timeframe.

Crazy dope...
You have a great knack for the abstract, no idea how you even start going about getting some of those effects.
Top

It was fun because it was completely random shooting out particles and doing stuff. Having some sort of time pressure and having to do every shot on the first try was spontaneous and fun.
Crappy renders
Top

Looking great,
ah I wish I could figure out, how to handle with clouds out from Blender..

Thanks! In this case I used Ono's pyroclastic noise shader: http://www.indigorenderer.com/sites/def ... test_0.png

Can't find the post, but he shared it somewhere. I just saved it and reapplied it to a mesh and than put in various values till it looked sort of interesting.
Crappy renders
Top
Post Reply
343 posts